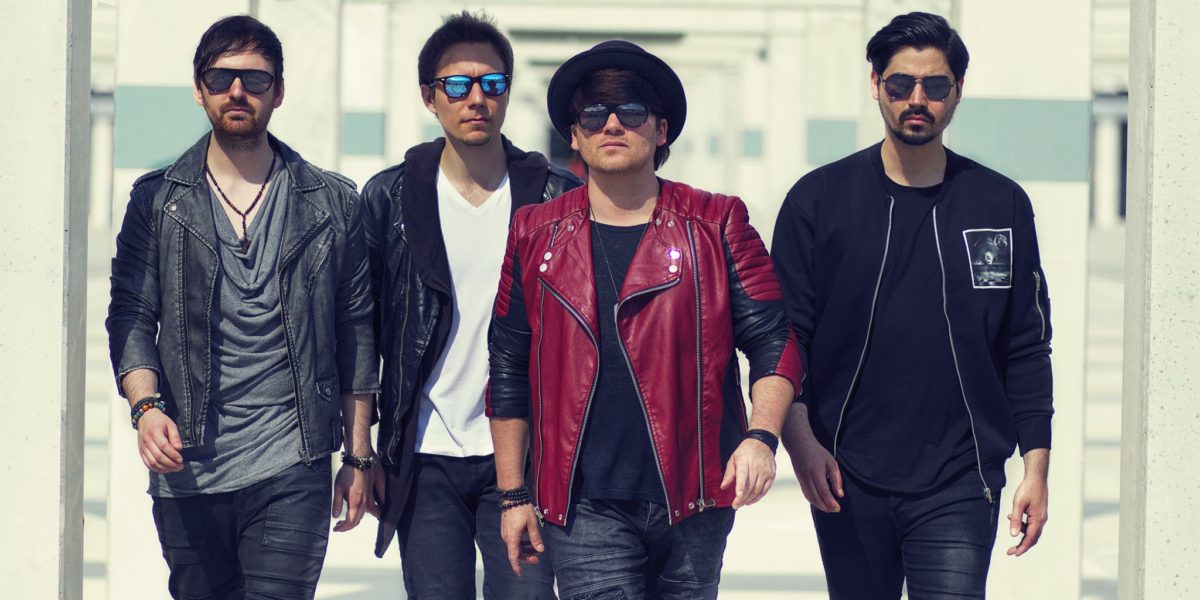 “There is no such thing as impossible!” – with this credo the band STEREOTIDE was founded in Nürnberg in late 2010 by the four young musicians Stephan Kämmerer (lead vocals / rhythm guitar), Christian Mühlroth (lead guitars, background vocals), Gabriel Yasar (bass / backing vocals) and Michael Hubert (drums). STEREOTIDE intends to turn the international pop-rock scene upside down.

The international work with the band FRONTLINE and the releases of eight albums worldwide made the front man Stephan Kämmerer to an experienced artist in the music business. During this time Stephan had with FRONTLINE an exclusive contract with a well-known TV station where he performed for the world champion Henry Maske and Thorsten May among other artists such as the Scorpions and Meat Loaf. He toured around the world and was on stage with international superstars such as Gotthard, Tyketto and others. After FRONTLINE, Stephan began his solo career and was invited by Luke Ebbin (Bon Jovi, Plain White T’s) and Joe Chiccarelli (U2, Elton John, MIKA, Alanis Morissette etc.) to Los Angeles into the legendary Cello Studios. There he worked next door to artists such as Paul McCartney, Richie Sambora, Chris Cornell, Christina Aguilera and the Red Hot Chilli Peppers.
A new start with STEREOTIDE: From there on it was clear to him that the international music career has to go on. Back in Germany, he formed his new band STEREOTIDE. The co-written debut album “Hope”, which will be available in late 2014, shows a wide range of the repertoire of the band. The first single release “Someday” is currently conquering the Top 100 of the German airplay charts! More details can be found here.
The mixture of British-American style in look and music enables STEREOTIDE to fascinate the international rock- and pop-rock audience. Like the cirque du soleil, various types of art are combined in a very special manner which cannot be found anywhere else. STEREOTIDE is a musical varieté of great entertainment with both fascinating and authentic rock with pop attitude. STEREOTIDE differs from successful bands in the pop-rock area such as Stanfour and Sunrise Avenue by their great range of musicality. Describing the sound, STEREOTIDE is inspired by internationally successful bands like 30 Seconds To Mars, Fall Out Boy, Foo Fighters or Muse, picking up the success criteria of top international acts and expanding it with own creativity. The density of potential chart hits is very high. The band has deliberately created structures and networks in their environment which will also ensure a high quality in the future. In addition to the four band members, who are primarily responsible for the songwriting, STEREOTIDE benefits from a great team of four national and international top-songwriters. They captivate with their great willingness for cooperation and creative minds.