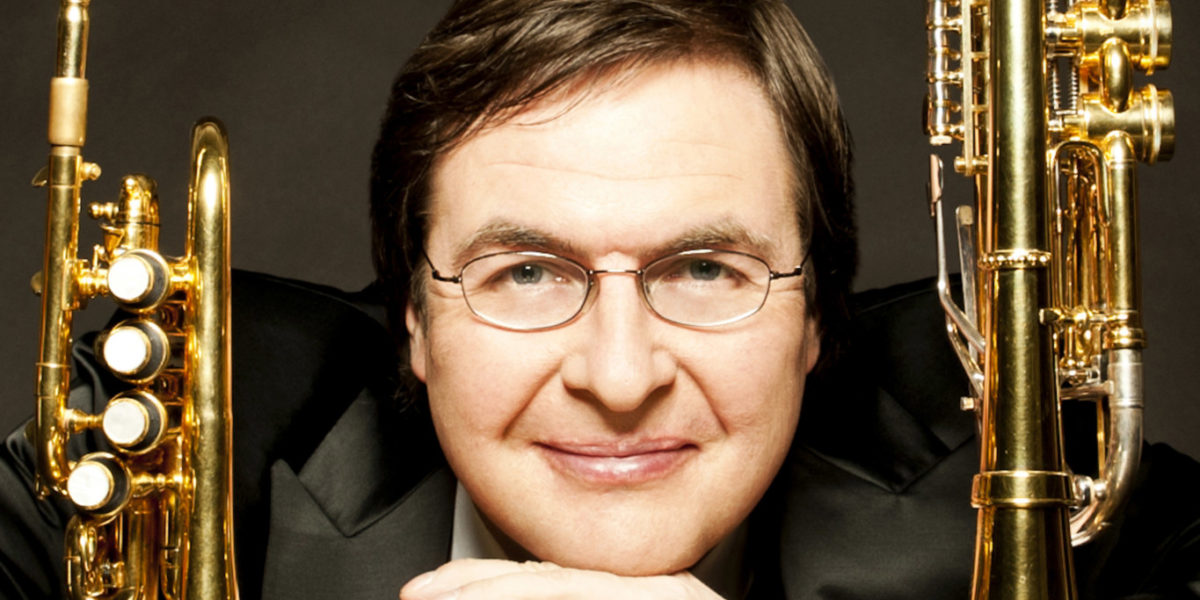 When he was six years old, Matthias Hoefs declared the trumpet “his instrument,
because it shines so nicely”. He received his musical education from Professor
Peter Kallensee at the Hamburg University of Music and Theatre, and from Professor
Konradin Groth at the Karajan Academy of the Berlin Philharmonic Orchestra.
When just 18 years of age, he was engaged as Solo-Trumpeter at the Philharmonic
State Orchestra in Hamburg, where he enjoyed the fascinating world of opera for
16 years.
At the same time, Hoefs became a member of the GERMAN BRASS Ensemble, with
whom he continues to achieve worldwide success. Since their first joint concert in
1985, he writes for himself and his colleagues tailored arrangements which span
more then one genre and continue to inspire the world of Brass.
Matthias Hoefs has always shown a pioneering spirit, and thus has consistently
widened the horizon of his instrument, either by close cooperation with other
composers, who feel themselves inspired by his incomparable virtuosity and joy
of experimentation, or as “trumpet ambassador” in his home state of Schleswig-
Holstein in northern Germany, or in cooperation with the instrument makers Max
and Heinrich Thein.
Since the year 2000, Matthias Hoefs has been teaching as Professor at the Hamburg
University of Music and Theatre, were he inspires his students with great
enthusiasm, knowing how to pass on his passion for his instrument. In addition
to his extensive concert performances as solo-trumpeter and chamber musician,
Hoefs has produced numerous Solo CDs, and jointly with GERMAN BRASS, more
than 20 recordings.
In October 2016 GERMAN BRASS was awarded with the ECHO Klassik – one of the
most outstanding awards for national and international musicians.